Sophie’s story – Why didn’t I claim PIP years ago? 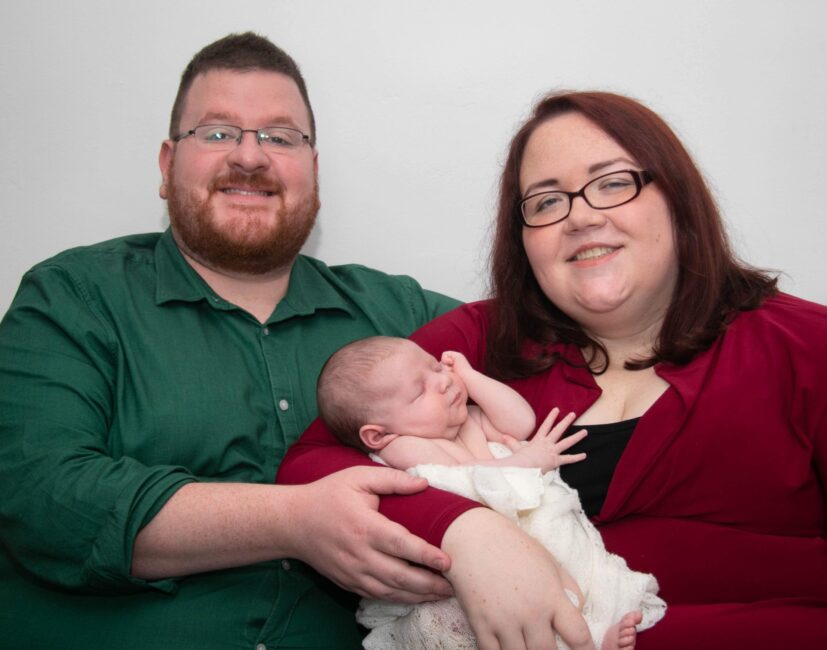 Hi everyone, I’m Sophie. I’m 27 and live with Mikey, my husband and our 18-month-old daughter, Amelia. I have Still’s Disease, which was diagnosed eight years ago, while I was at university studying to become a midwife.

Last month, I was awarded a Personal Independence Payment (PIP), following my very first application in 2020 – and after years of reluctance.

Finding out that I’d been granted this financial support lifted a weight off my shoulders. I’m currently waiting for both of my knees to be replaced and had to give up full-time employment last year. I’d battled on, struggling in agony at work until I just broke down. I couldn’t do it anymore. Arthritis gives me a massive amount of pain in my joints and the damage from inflammation during bad flares has recently meant having two recent hip replacements.

So what took me so long to claim the support I’m entitled to? 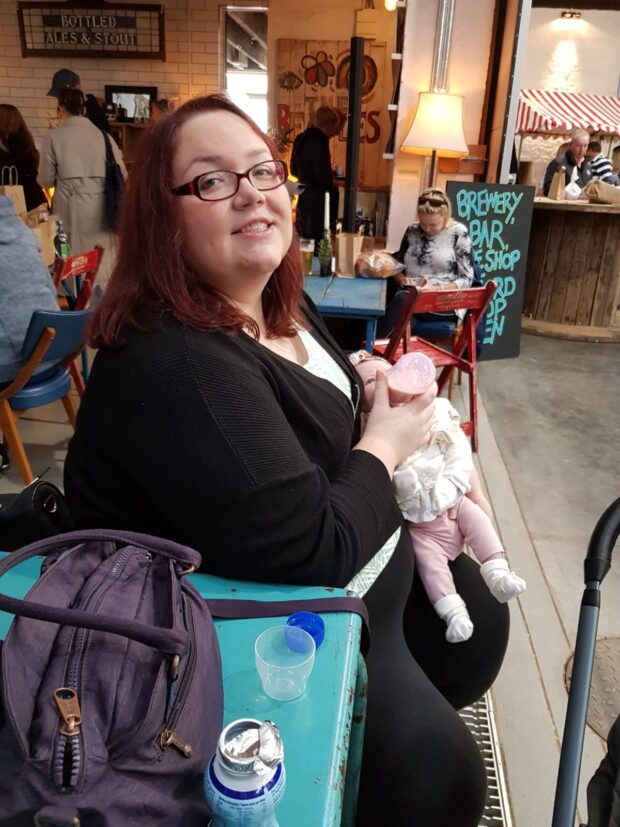 I’ve always worked. Having a good work ethic has been important to me from the age of 14.

My first job was washing dishes in a small Irish tearoom, until I was old enough to waitress. As a teenager, I often helped out around school once my mum had taken ownership of the same place.

It was my plan to go to university – I wanted to go because that’s what people had to do to ‘get a good job’.

So I did, and as a trainee midwife I worked equally as hard on my hands and knees in the delivery suite as I had on my feet waitressing all day.

The onset of Still’s started right in the middle of my midwifery course. After I was diagnosed, the effects of the horrific pain and inflammation forced me to give up my physically-demanding dream career. I was devastated. But, I was still determined uni was something I wanted to do in life. I changed course and graduated in Financial Services – a little later than planned – but with a degree all the same.

I’ve always maintained a strong work ethic – whether it’s been in hospitality jobs, on supermarket checkouts, or more recently on the front desk at a Vauxhall dealership.

My work ethic stopped me from applying for PIP because I felt guilty – I thought that if I was working, I shouldn’t need to claim extra money. It made me feel like I’d be letting people down. That sense of pride, I suppose was an obstacle.

I didn’t think my arthritis was bad enough

Although people said I should apply for extra help, I didn’t think my arthritis was bad enough to get PIP.

In the past, information I read online and the eligibility criteria put me off. In the PIP application, there’s questions about the level of help you need when getting dressed, cooking and getting to the bathroom.

Well, I could sort of do all of those things… mostly. Maybe on a better day at least.

I mean, when I’m in a full flare I literally cannot move for the pain and I’ve needed to be pulled off the toilet, but I honestly didn’t think I’d qualify.

I had nothing to lose

The turning point came when, for the first time, work clashed with the physical aspects of my disability. Up until just sitting at a desk would cause me serious pain in my knees and joints, my arthritis had been fairly hidden.

Part of my job was getting technical updates on cars for customers which meant walking through to the workshop and back again. About 20 cars lined up between two workshops – it was a massive trek, especially for someone with arthritis. I’d also have to jump up to grab keys quickly and get in and out of cars to pull them round, ready for a customer – getting into any low down sports car was horrendous.

It gave me a lot of anxiety because I hadn’t really had that problem at work before. I didn’t know how to handle it. Those days when you have to grab on to whatever is nearby to stand up are fine when you’re at home and can take your time, but not at work.

That was a difficult period. I’d get anxiety in the car on the drive to work and sometimes just getting the car itself – even if I wasn’t going to work! It’s like a horrible indescribable feeling in your throat – it’s not nice. The anxiety got so bad I broke down in front of Mikey one night. There was so much more in my life to cope with – I’d just gone back to work after maternity leave too.

We agreed I’d give up my job so I could focus on my health and Amelia. The financial side was a worry but by now, I felt I had nothing to lose by looking into PIP again. I thought: “I’ve got time, what’s the harm in applying?”.

I should have applied years ago

I was anxious enough before it came to filling in the forms! It feels like you need to study for it – like you’re about to sit your theory test!

Citizens Advice was a great source of information and I found some useful Facebook Groups – I didn’t even need to ask any questions as they’d already been answered.

Doing the research and just going for it was the best approach. I knew to be prepared in case I had to appeal the decision, but my research helped me understand what I should be entitled to. Nervously, I posted off the forms last autumn.

I received my first PIP payment in February – I’d successfully been awarded both elements at the standard rate. It was a huge relief and although a Motability car would be great, I didn’t want to appeal for the higher rate and risk it being taken off me when I’ve just got it.

The money will now enable me to treat myself to a new cordless hoover, which excites me on so many levels! I need something lightweight, which means it’ll cost more but make day-to-day life easier. Hiring a cleaner would be a massive help too, so that’s something I’m considering.

Now PIP’s come through, I don’t have to worry as much about finding money for all those extra things.

And, it turns out that my high work ethic is paying off. Given I’d worked previously, PIP is supported by contribution-based Employment and Support Allowance (ESA) which also takes some financial pressure off.

I should have applied for PIP years ago!

Meet Sophie and other friendly folk on Arthur’s Place Social, our Facebook Group

Sophie is 27 and lives with her husband and young daughter near Edinburgh. She was diagnosed with Still's Disease at 19 and, as a result needed two hip replacements. She has recently started working as an admin assistant for Arthur's Place.