How to have fun during a flare 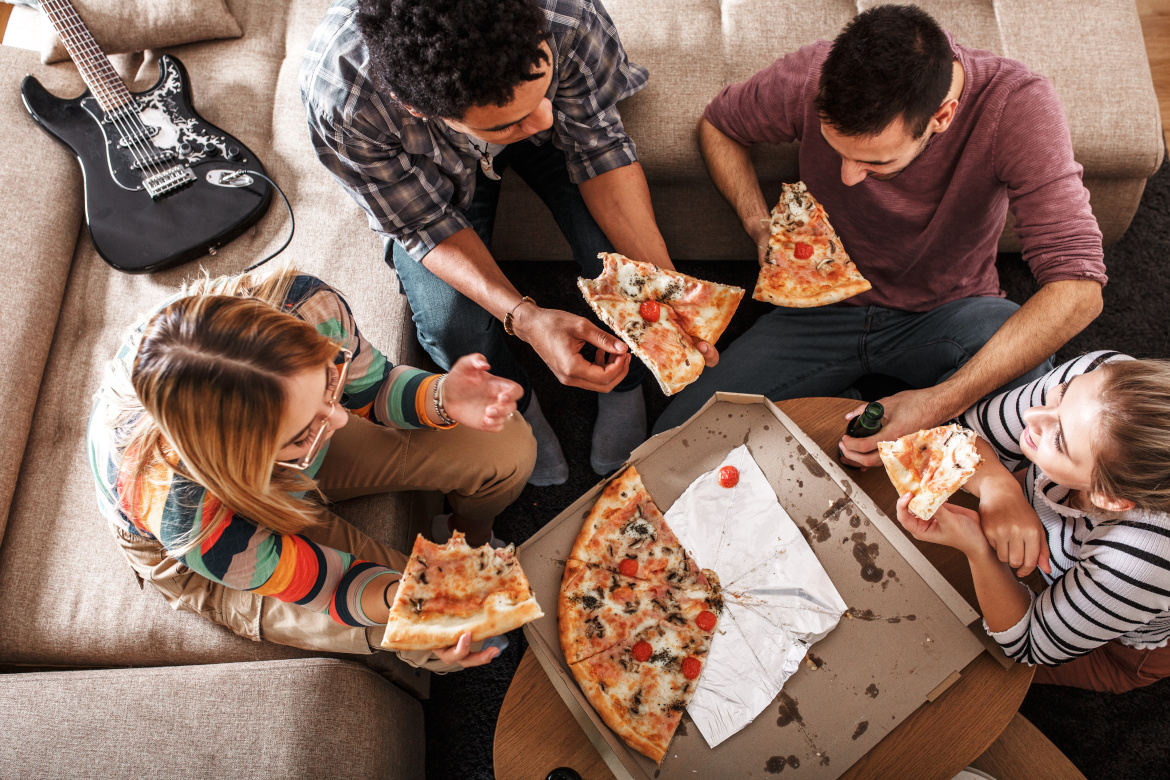 Although living with a chronic illness has its dramas, a lot of the time it’s really, really boring.

During a flare, decisions are often made based on what seems likely to get you through the day in the least amount of pain possible, which usually involves a lot of not doing much. It’s very easy to get fomo in these times, particularly when you’re a young person. There’s a sense that you should be making the best of your youth, going out, travelling, running marathons and generally doing Instagram-able activities. Not being able to join in with these things can not only make you feel bored, but also boring.

For the past few months, I’ve been experiencing a big dip in my health, which helpfully coincided with me moving into London and lockdown restrictions lifting. Constant flare ups and bed days have made it difficult to make new friends, see the sights, or generally live the London life I feel I was promised by movies from the early 2000s.

However, being ill doesn’t have to make fun entirely off-limits. So, here are some tips I’ve picked up on how to keep some fun in your life, wherever you’re at in your illness.

When you can’t go out, but want to see people

Have you ever looked forward to something all week, only to have to cancel on the day because you’re not feeling well enough to go out? Or had to outright say no to plans because they just aren’t compatible with achey joints and/or fragile immune systems?

If you want to have fun with other people, but can’t make it out, a simple solution is to invite friends over instead. It takes away a lot of the physical demands of socialising and allows you to stay in a familiar environment, where you have any aids or medications you might need on hand. It’s also much cheaper and you get to pick the music.

Activities for a big night in can include a movie marathon, a games night, a crafts session or just a sit-around-and-chat-with-some-wine evening. Splitting a takeaway can be a good way to feed everyone with minimal effort and washing up, or alternatively you could ask everyone to bring a dish or snack to turn into a buffet.

Lastly, don’t worry about the mess. Cleaning can be tricky when you’re sore and fatigued, but real friends will just be happy to spend time with you. After all, they’re there for you, not your house. How many times has a friend said ‘sorry about the mess’, when you’d barely given it a second thought?

When you really want to go out

Maybe you’re having a decent day pain-wise but are worried about over-doing it. Or maybe you’re not feeling that great, but this flare up has been going on for months and you just want to live a little. Either way, and particularly if it’s the latter, it’s a good idea to take some precautions, but that doesn’t mean going ‘out out’ is completely off the table.

For me, staying local has allowed me to dip into the outside world during my flare ups. Knowing that home is only 10 minutes away if I need to duck out early is very reassuring and means that I don’t have to miss out entirely if I don’t fancy a 90-minute journey to an unknown venue.

It’s also important to know your limits and make adjustments for yourself. This will look a bit different for everyone, but might include sticking to mocktails, going home early, or making sure you have a recovery day set aside before/afterwards. Yes, I know this isn’t what the average 20-something-year-old wants to think about on a night out, but it can make a big difference.

Similarly, if you’re going out to dance, it can be helpful to choose somewhere that has seats or book a booth so that you can take breaks when you need them.

This is where having good friends is vital – being around people who won’t give you grief for needing to sit down or using mobility aids/support bandages can make all the difference. You don’t need to have a chronic illness to know that a good night out is made by the people you’re with, not the place you’re in.

When you need to entertain yourself

After a long hard day of having a body that attacks itself, sometimes the last thing you want to do is socialise, which is completely okay. Or you might really want to socialise but can’t and feel awful about it. That’s also completely okay.

Any introvert will tell you that being alone doesn’t mean you can’t enjoy yourself. Having some ‘you’ time can actually help you reconnect with your interests and maybe even pick up a skill that you’ve been meaning to go back to for years.

Try not to fall into a productivity trap though. I hoped that being ill would force me to become a musical prodigy or write a novel and was deeply disappointed when this didn’t happen. Yes, we’ve all heard about creatives discovering their genius in hospital/prison/exile, but in reality it is very hard to be productive or creative when you feel rubbish.

With that in mind, picking up a new hobby could be a way to have fun and distract yourself without any preconceived ideas about what you used to be able to do, or the level you feel you ‘should’ be at.

And if things are really bad and even getting out of bed isn’t feasible, finding a TV show from your childhood/teenage years, or digging out an old video game (Sims anyone?) can be a great way to get absorbed into something and forget the world for a while.

Maybe the most important thing to remember is: if you find it fun, then it is fun. Traditional ideas of what counts as leisure for a young person aren’t always compatible with what someone with a chronic illness can do, or even wants to do. That doesn’t mean that the moments of joy that we do have don’t count – if anything, it makes them even more important.