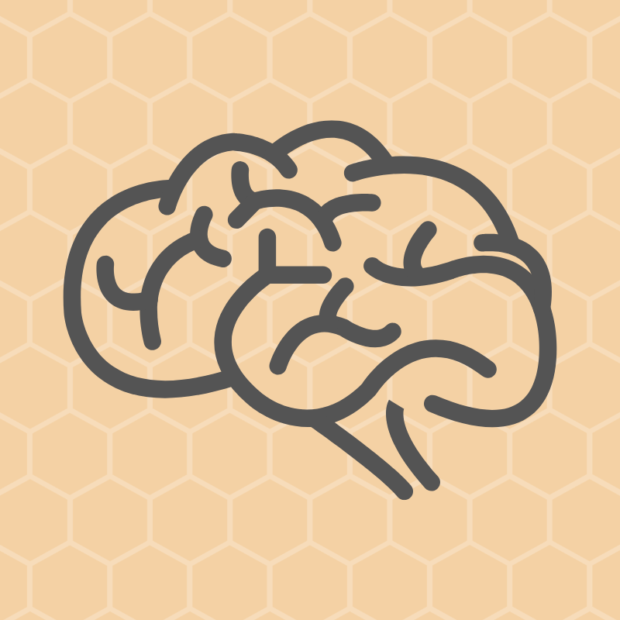 When I was a kid and I got stressed out, my auntie told me to imagine I had little workers inside my brain who were running around hysterically, about to hit the big red button that would tell me to panic. Then she told me to instead imagine sending them to the staff room for a break, which for me meant picturing a lot of little men in hard hats sitting round a table eating muffins. As a calming tactic it was very effective; not only did it give me something funny to think about, it gave me an image that could explain (albeit unrealistically) what was going on inside my brain.

Why have I been thinking about this lately? Partly because your early 20s is a good time to think about what a weird little kid you used to be, but also because for the past few weeks I can’t help but feel like my brain has been going on strike.
I’m talking about what I’ve recently discovered to be called ‘brain fog’.

What is brain fog?

Brain fog, as I understand it, is a state that comes from mental and/or physical fatigue and includes several different symptoms. These are some that have been bugging me lately:

There are quite a few more, but in nutshell it basically means that your brain is just not functioning to its normal capacity. The little workers have gone to the staffroom with their muffins and are refusing to come out.

Can I do life with brain fog?!

As you can probably imagine, brain fog isn’t exactly convenient for someone attempting to do a full-time masters, a part-time job, graduate scheme applications, various voluntary roles and, you know, actually have a life on top of that.

It wasn’t until last week that I realised how much it was affecting my work. Sitting with my seminar reading in front of me and being completely unable to process the (plain English) words staring back at me was not a strong moment.

As many people with chronic illness know, a bit of extra tiredness is often just a part of life, so at first I wasn’t sure if anything was actually wrong. Then I started to delve deeper into the chronic illness community online and saw that the term ‘brain fog’ was cropping up quite a lot. So, I did some Googling and it turns out that its actually very common to a lot of physical and mental illnesses including, surprise surprise, autoimmune disorders like arthritis.

After a bit of research, I found out that since its quite hard to study, not that much is known about how brain fog actually works, but there are quite a few factors that can make it worse.

I ruled some out (at 21-years-old I’m pretty sure I’m not about to start my menopause) and factored in a few medical issues recently found by my doctor which probably don’t help (hello iron deficiency). One thing that really stood out to me was stress. Being ill is stressful. This is something that I sometimes forget to acknowledge because being ill has become just another part of my life, so to me it often seems ‘normal’. But in reality chronic stress can have a massive impact on your mind and body.

I know that so far this post has all sounded quite negative, but thanks to the online community I now have at least some explanation for why I’m feeling this way. As the ‘little brain workers’ analogy might tell you, I’ve always found imagining what’s happening inside my body helpful when I’m feeling ill or stressed. I also find that this makes it easier to explain how I’m feeling to a doctor, although I imagine ‘brain fog’ might go down slightly better than ‘little men in hardhats going on strike somewhere around my cerebral cortex’.

I’m not the only one with brain fog!

More importantly, though, my research has shown me -as I hope this blog does for anyone else experiencing something similar- that I’m not alone. I recently had the amazing opportunity to meet two other young women with arthritis, one of whom said she fully related to the chronic tiredness, and also gets the urge to go for a nap by mid-afternoon. Hearing that from a 25-year-old rather than a 75-year-old was incredibly reassuring, and made me feel like far less of a wierdo.

I then looked on Arthur’s Place for any old articles about brain fog and found a real-life story by an RA sufferer who wrote that her fatigue made her feel guilty and alone. It was this article that really prompted me to write a blog post on this topic, because in our society its very natural to feel pressure to be constantly productive, and for young people there’s often an endless sense of needing to ‘keep up’.

You are not lazy or stupid

When you’re too tired to go out, or too foggy to focus on your work, it can feel really isolating and frustrating. For me, I think the first thing to remember is that feeling this way isn’t a reflection of your character; you are not lazy or stupid, in fact the fog in your brain might well be a sign that there’s too much going on up there.

As with nearly anything, there are ways to get around brain fog. Everyone is different and I’m no doctor, but I thought I’d share what’s been helping me lately:

I realise none of these are exactly revolutionary, but sometimes the simplest ways are the most effective. Especially when you’re so knackered you can’t work out what the use-by date on your orange juice says.

So maybe the little workers in my head are on strike, but really I can’t be too mad at them. After all, their working environment is still under repairs at the moment. I guess that’s my incredibly abstract way of saying that sometimes you’ve just got to cut yourself some slack.

Peace and love to all our foggy brains,

If you’ve enjoyed Izzie’s post you may also be interested in our Tackle Tiredness Today wellness kit. Why not have a look?

What it’s like to have brain fog was last modified: November 16th, 2019 by Izzie Clough
FATIGUEFEELINGSMENTAL HEALTHPAINWORK