I took a break… and that’s ok. 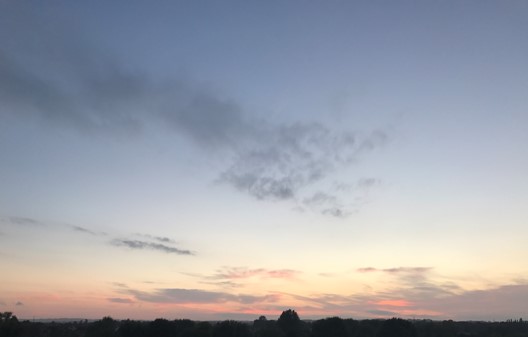 I’m back.. Well I was never gone, just on a break..
It wasn’t a scheduled break and it wasn’t a relaxing one either. Let me explain.

You know when you think you’ve got everything in control, all is going swimmingly and you feel great. Then BAM… a metaphorical spanner gets thrown in and everything is chaos and difficult again. That’s what happened here. The last few months are somewhat a blur of feeling on the edge of hopelessness whilst trying my absolute best to act normal.
There I was, starting a new treatment, eating well, writing my blogs and feeling more positive than I had in a long time.
And….BAM
Pain and fatigue rear their super ugly heads and ruin everything! The last 3 months have been a brutal struggle for me yet again. One that I have come through… yet again. But man oh man it wasn’t easy. I’ve seen more doctors, called more advice lines and had more painkillers than ever before. Nothing helped.
I even turned up at A and E one day under the advice of an unhelpful NHS phone call; I was desperate, hadn’t slept for more than an hour a night, and frankly I was an emotional wreck.
I was sent away with ibuprofen…
FACT: Being 23 and having Arthritis makes it very hard to be taken seriously, even by medical professionals. The receptionist told me she thought it was odd that I had arthritis at 23 as she “didn’t get it until 60”… “Hmmmm strange” I replied whilst internally screaming at this woman.
One thing I have managed to do is stay as committed to work as possible. Which some will say is the worst idea. Of course, I could have taken time off; of course, I was told to. However, when I’m feeling on the brink of despair and everyday I’m wondering how I’m supposed to deal with this for, like ever, a little normality can be the one thing that helps me keep my shit together.
Which is the reason why I haven’t written or blogged in a while. I just needed to pretend I was fine. Every time I sat down at my laptop and started typing it became too difficult and too real for me to put sentences together. It sometimes, for those who have to live with any kind of long term illness, is easier to pretend it isn’t happening. Rather than immerse myself in my condition and start researching and writing like I would have before, this time it couldn’t happen that way. Because it made me dwell on all the things that were breaking me and facing them head on felt too hard, it was easier to be in denial than admit it was too hard and fall apart completely.
I was so exhausted and so at the end of being ok. Writing about it would have finished me off.
But I’m back, I’m here and I’m ok. As always with my condition, eventually, the storm passes.
Just writing this has made me feel like me again, because one thing I have accepted is that, this is me, it isn’t going away.
So I learn to take the good times with the bad and wait for the dark clouds to clear because there is always some sunshine somewhere. ☺

Meet Jessie-May and other friendly folk on Arthur’s Place Social, our Facebook Group

(Any opinions expressed in Jessie-May’s blog are not necessarily shared by Arthur’s Place. Nothing that you read in Jessie-may’s blog constitutes medical advice.)

Jessie-May is 23 and was diagnosed with Palindromic rheumatoid arthritis at 19. She is a passionate hairdresser in the heart of the south west. Jessie is on a constant mission to find relief, and has tried all sorts of methods from juicing to homeopathy. She is just starting biological treatment and is excited to be able to share her ups and of course, downs.