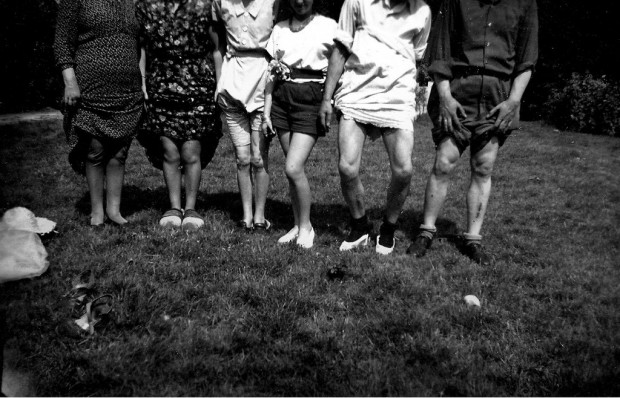 I’ve known for about 10 years (or so me and my family believe, but it’s sometimes hard to keep track of these things) that I’m going to need my hips replacing at some point in my life. I’ve got my own surgeon, who is a very nice man. It’s become a running joke that whenever I go see him (which is roughly every 18 months) and ask for him to do my hips, he always says no.

Me and my friends made up a song about the Hip Doctor (as he is known), which sounds a lot like Witch Doctor. He’s an enigma; a legend. He always says no, apart from one time when he said yes (May 2008) and then changed his mind three months later.

Normally I really freak myself out and start crying, but at my appointment with him last week I really held myself together. My mum drove me there (because I’m a penniless student) and I explained to her my new way of thinking: I’m not going to get upset about something I already know the outcome of.

I know they’re not going to do my hips yet because, as he told me five and a half years ago, I don’t have enough pain in my hips to warrant doing them now, when they don’t know how long they will last for or if I will be able to get the replacements replaced.

I think my new found bravery has partly come from the fact that I had surgery last year, and I’m not terrified of that aspect anymore. Leaving aside the fact that this is a much more intrusive operation than shifting a nerve around in your elbow, of course. It does still come as a startling reminder that for all the effort I might put into having a normal life, having a hip replacement isn’t a normal prospect that people in their 20s face.

And it’s for that reason that I’m really trying not to overthink it. This is a problem for Future Collette to sort out.