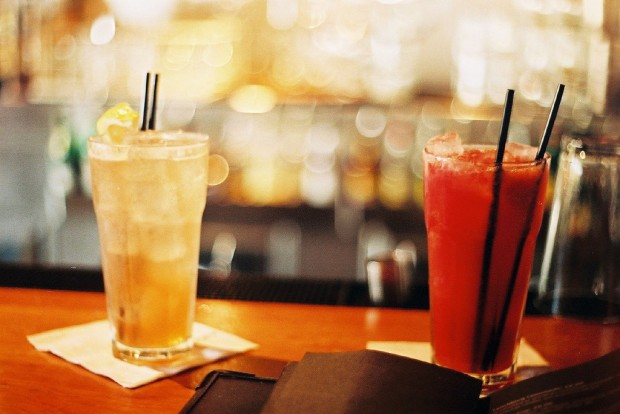 I’ve been taking sulfasalazine for just over a year now, and it’s not been without drama. There have been two occasions when I’ve had to stop taking it because my liver function tests (LFTs) in my bloods had gone above what they should be.

On these two occasions I was told to stop taking all my medicine and drinking alcohol, and within two weeks everything had sorted itself out. By pure coincidence, I had drunk quite heavily the weekends before having these particular blood tests (a friend returned from living abroad, and another got engaged) and after some discussion with medical experts it was felt that this might have skewed the results.

Before my next scheduled blood test I had no such frivolities scheduled and so didn’t think I would be in any danger with my LFTs. I had this blood test two weeks ago and it showed my LFTs were even higher than they were post-engagement party. As usual I was told to stop all my meds and drinking alcohol and have another test in a fortnight. This time, however, I said no. I said no because I don’t think it’s ideal for me to be on a medicine that I have to stop for two weeks every three months. I don’t know whether it’s the medicine causing it, or maybe I have a secret drink problem. I really hope it’s not the latter, because I really would miss wine.

It has got me thinking about drinking though, and it’s one of those things that you don’t really want to analyse about yourself for fear of accidentally realising that you have a problem. The sulfasalazine leaflet told me that there is no reason to avoid alcohol, and I always try and be honest with doctors about how much I drink. I was only told to drink less than the guideline amounts when I was on methotrexate. I think I’m actually very responsible most of the time.

I drink less than my friends on nights out, because it’s sometimes tricky enough to control my limbs on the dancefloor without adding personal excesses to the mix. Even considering that, my life is sad now – it’s not like my undergrad degree when I would be on the lash most weekends – I can’t remember the last time I drank at all before my blood test.

Having said all that, my boyfriend joked (I hope) with me that I drink a lot, but this is coming from a man who drank five pints on our first date – despite the fact that I was abstaining from alcohol entirely in preparation for a blood test to see if my LFTs had lowered so I could start taking medicine again. I am in slight fear that his need for beer on this occasion says more about spending time with me than it does about his party animal spirit, but let’s just move on.

Perhaps I do need to be more sensible but it’s hard to be cautious when my arthritis is fine and I’m not worried about anything, and I have my gran on the phone every week telling me the paper says another form of booze is the solution to joint pain. Not  that I would trust a newspaper’s advice over that of my own doctor. I guess it’s just another one of those things that JIA does to remind me of its existence:

“Hi Collette, remember me? I know you forgot for a minute there so I just thought I would do something really bizarre internally to trip you up and remind you that you’re not quite like every other person your age.”

Anyway, this has all led to me getting put on a new medicine in a few weeks. They’re talking anti-TNF. It’s all terribly exciting!