Feeling worried and anxious about emerging from lockdown? You are not alone. 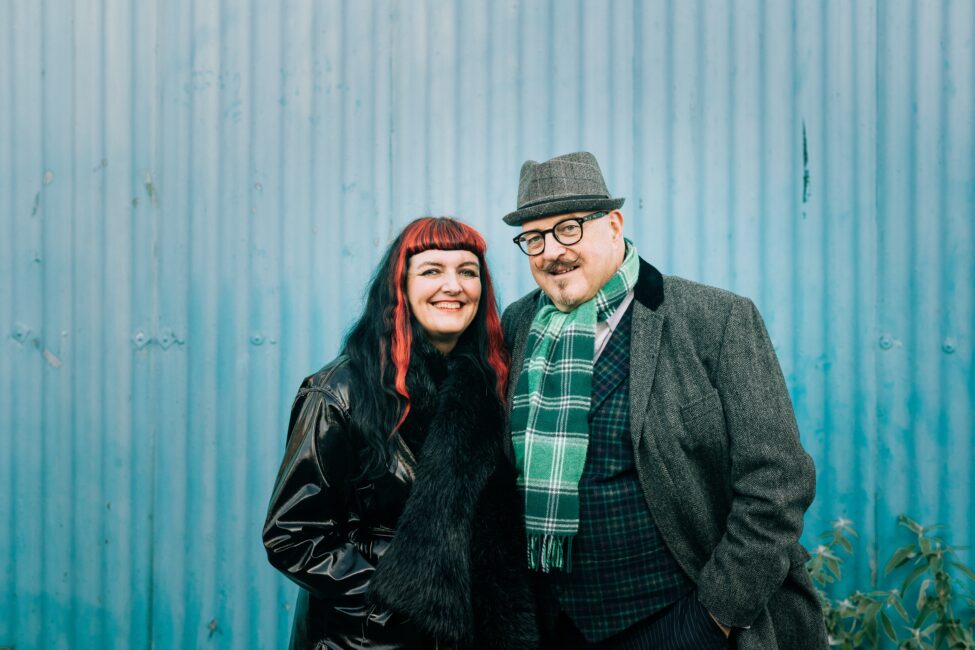 As we follow the roadmap out of lockdown, with all the hopes and dreams that brings, there are still many concerns and anxieties. How can we ever return to a ‘normal life’? We spoke to Charley and Colin Gavigan, from the mental health practice Brave Your Day, about how to handle the fear.
Colin was diagnosed with psoriatic arthritis in his late 20s – so has some extra insights into your concerns. They don’t give advice, but they do have some very wise words.

Colin says for him, there is a specific concern: “I’ve been asking myself what are the things I’m not looking forward to, and it’s shaking hands again. And it’s because that was always a fear anyway. Because you’d have these people that would insist on a big firm handshake. I would have rugby players almost causing me to faint with the pain, literally, give me the big macho handshake and it’s a crusher.

“I think it’ll take people a long time to get back into that contact again, of hugs and handshakes. For me I’m quite happy not to have the handshakes!”

Charley says many people feel a lack of confidence. “We’ve been in and out of lockdown a few times over the last year,” she says. “When I think about myself and listen to what our clients tell us, we’ve been living with that uncertainty. You’ve got the green light to go, and then there’s a cluster of cases in your area and you have to take steps backwards again, that level of stop-start plays on people’s minds.

“If you’re someone who’s had to shield over this period, the isolation that that throws up for people, and that sense of being different is huge and will, I’d imagine impact on their confidence as well to feel confident and go out into the physical world again.”

Colin says we feel a conflict – we want to see people, but that’s also what we’re afraid of. “The thing that most people have hated about lockdown is not being able to see loved ones, see other people, go where they want to go,” he says. “Particularly for young people, part of their growth is meeting other people. The paradox is that the fears of coming out of lockdown are about people, and contact with people. And also the expectations, people talk about getting back to normal. There never will be normal as we knew it. There will be a different way of being, I think.”

Social anxiety is normal for human beings – don’t beat yourself up about it!

Charley says: “The anxiety that people may be feeling, about reconnecting with the physical world, I think what happens to people is that, we build it up in our heads. The way that we talk to ourselves, we can be our own worst critic. If people have been shielding, they may think they’ve been living such a shrunken life, that they don’t have anything particularly interesting to talk about. They may have a worry about how they’ll be viewed by other people.

“What we do as human beings, we are constantly sizing themselves up next to each other. That kind of thing goes on in our heads, we’re imagining what other people think of us, are they interested in us, do they think that we’re worth the time to spend together. I think that kind of fragility is part of what may go on at the moment, this fear of how we’ll be viewed.

At the start of lockdown a lot of people were talking about ‘I’m going to be baking banana bread, I’m going to be learning Italian, I’m going to be getting fit, losing weight’, all this kind of stuff. Keeping to that kind of routine is tough, especially if you have a lot of feelings about yourself, and potentially a condition that you have as well, that you feel already limits your life, or you feel like it defines you, even if you don’t want it to. With social media, how people imagine other people are managing their lives can sometimes be an illusion as well.”

Over-thinking has become a problem for many people during lockdown – and when we’re out of practice at talking to others, it may not go away quickly.

“There’s a process of talking yourself down off the ceiling when you get to that point where you’re raking through every single word that you said,” says Charley. “It’s ok if you’ve done that, because we all do it. That’s part of being human. We all want to show up as interesting, enthusiastic human beings that are going to be liked by other people. But as individuals we don’t always get it right, as human beings we don’t get it right, and they only thing we ever learn is by taking a risk. 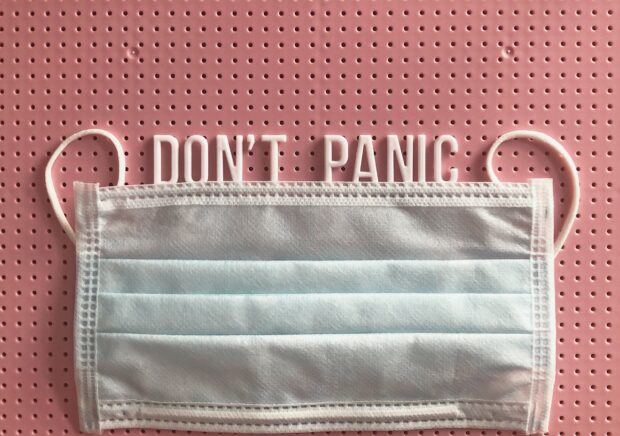 We’re not all in the same boat

Colin says: “We’re being spouted all this information from government, the soundbites, about how we’re all in this together, we’re all in the same boat, which is rubbish, we might all be in the same rough seas, Charley would say, but we’re all in different boats. And especially people with arthritis, it might be harder work to keep that boat buoyant and not be becalmed, to bring out every last metaphor I can about boats!”

Charley says some people may have other concerns – not just health, or social anxiety, but financial difficulties too. “People are talking about going to festivals again, doing all these things – if you don’t have the money then that also will make you feel alienated and excluded,” she says. “Just even going for a drink in a pub, a beer garden, could actually be quite a big thing if you’re not feeling particularly confident about yourself and you also know that buying a round is going to be a huge issue to you.”

Be kind to yourself and be kind to each other

Charley says: “For us as human beings, going out into the world and being with other people, actually becomes a performance, it’s almost like having an audience. If we start to understand ourselves and how we are, we can find what’s easier for us. Are we someone that likes to be in a big group, or do we prefer to be with just one or two people? It’s about how safe we feel in ourselves and also with other people. It’s about being more compassionate to ourselves. This is a really strange time in history and everyone’s taking a big risk to step back out and see what happens.

Colin adds: “There will be a lot of learning. We’re learning things that we took for granted.”

Remember that other people may be struggling too – even if they don’t appear to be. Charley says: “One of the things that comes up time and time again is the assumption that people appear to be managing. There’s so much judgement we make about the way someone looks or behaves. It’s become a revolutionary act to ask people ‘ how are you’ and to stay with it. And not to feel that you have to know the answers.”

Thinking about others can also help relieve your own anxiety. Charley says: “Once people start to feel like you are interested in them, they love to start talking about themselves. So shine a light on the people you’re with, to take the pressure off yourself, to not be the one that has to do all the talking. Encouraging other people to have their spotlight can also create really warm feelings between people and maybe can help you to build your confidence.”

Charley says: “Our lives are like books, we have different chapters, some are more interesting than others, some we’re more able to be open and honest about than others. Think of this as your own personal chapter, and think what do I want in that chapter and how do I weave that into my day? For some people they have re-evaluated what they believe in during lockdown. I think about people we know who have now got allotments, or are gardeners, growing their own, and are living a simpler life, or where the most important thing to them is people, and their community. If you start to think, what would go into your own personal next chapter, whether that’s just for a week or a month, think about what do you want more of and how do you focus on keeping your head on what you want and off what you don’t want. That would also include going at your own pace and what feels safe for you.”

Colin says: “If you go into something fearful and negative, thinking ‘I’m going to hate coming out of lockdown because it’s not going to be the way it was’ then it will be a negative experience. But if we can psychologically prime ourselves that it’s going to be a new experience, treat it as a bit of self-exploration, there will be a stronger sense of actually achieving something and you’ll be open to new experiences.

“For me personally, I will start going to smaller things and relearn the experience of being with other people. It’s like, if you’ve had a bad experience swimming, you’re not going to dive into the North Sea off a ship in the middle of the ocean, but we’ll tentatively put a toe in the water, on a nice slow gradient beach so we can feel secure.”

There’s no rush – take it at your own pace

Charley says: “It is that whole thing of being gentle with ourselves, and not comparing ourselves to what other people are doing. We can get swept along – because the roadmap out of this is telling us we’re going to be at this stage, but you don’t have to. You can choose. I actually hear a lot of people talking about what they won’t be doing. They won’t be commuting in the way that they did. And also because they flip that and they’re now seeing a positive because they now have more time to be at mealtimes with their children, or bathtime, or storytime or whatever, or they can go for a walk at night. There are things they can do that they couldn’t do when they were living a different kind of life.

“It’s about trusting yourself and your own feelings about things, and not feeling that you have to get swept along.”

If you found this article useful, you might like to read this: Lockdown Positives – What have you learnt from the last year?

Feeling worried and anxious about emerging from lockdown? You are not alone. was last modified: April 19th, 2021 by Jenny Cornish
CovidDIAGNOSISFRIENDS AND FAMILYMENTAL HEALTH 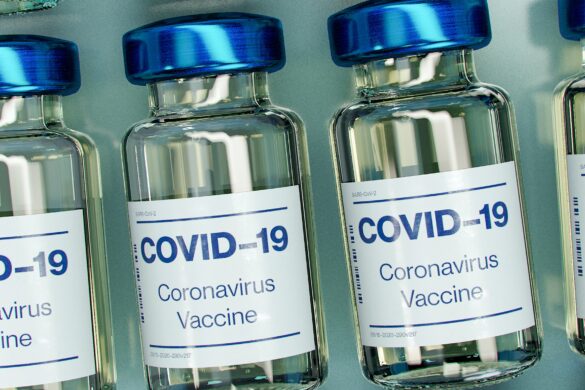 Covid-19 vaccine – make sure you don’t miss out 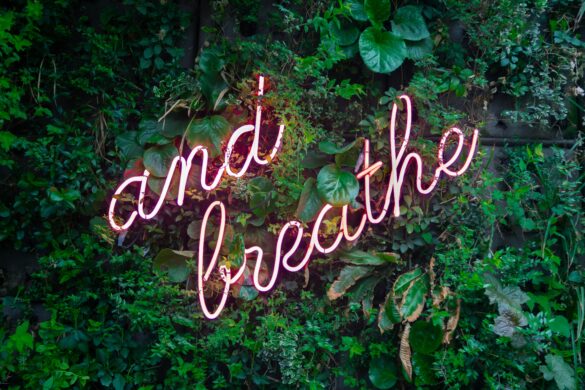 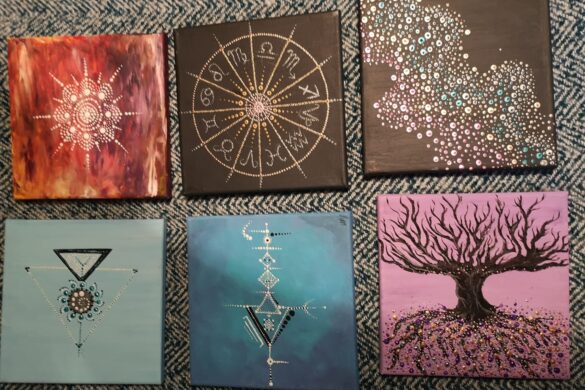 Lockdown positives – what have you learnt from the last year?