Afraid to talk honestly about how arthritis really makes you feel? Here’s help to beat the fear

Everyone struggles to express themselves sometimes. As human beings, we all want to be accepted, and we fear that drawing attention to something different about ourselves might end in rejection. 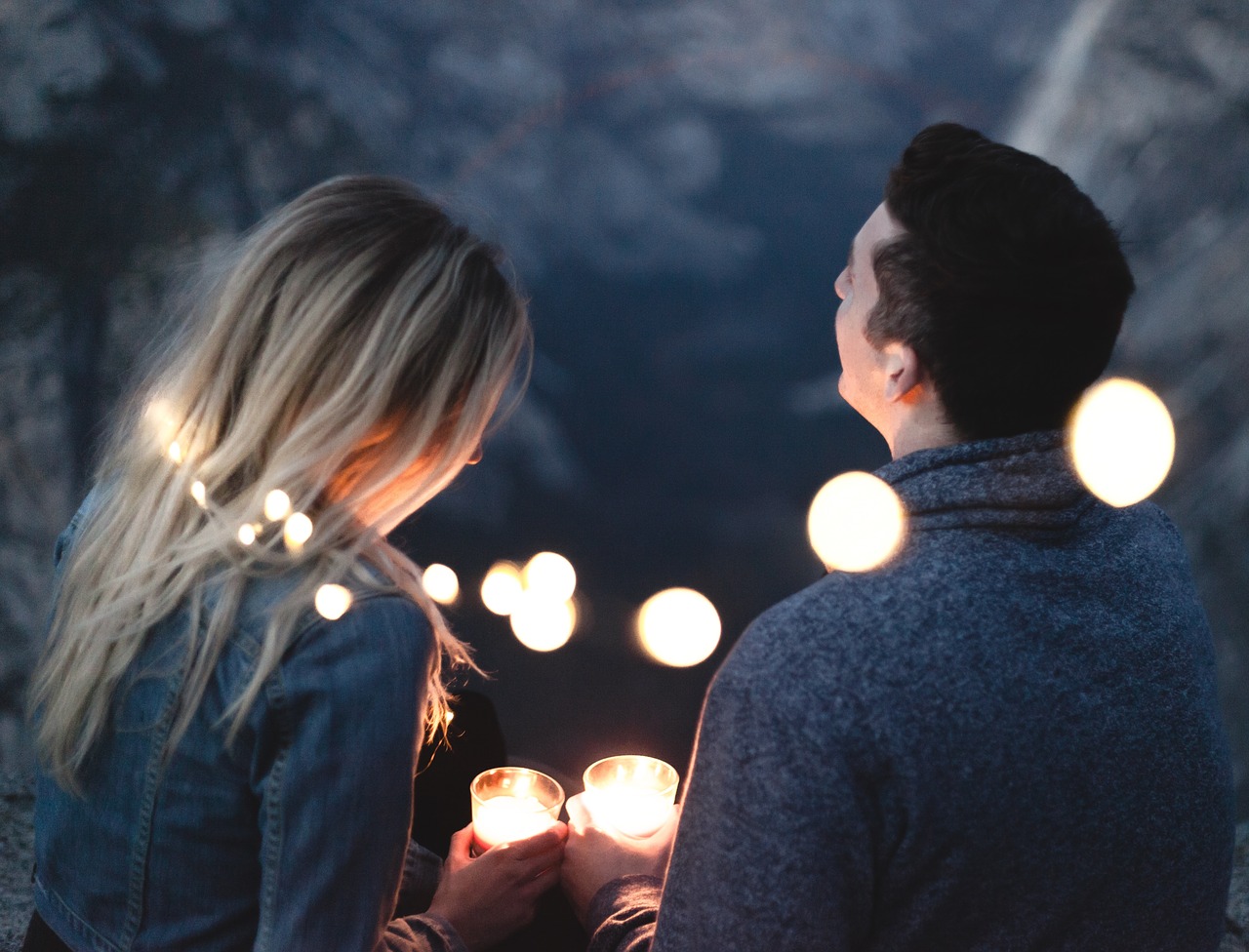 Ironically, this can be most difficult for those who most need support. Chronic illness especially can be very difficult to talk about with friends and family because, despite even the best intentions, most people simply can’t imagine having an illness all the time. But no one can quite comprehend the struggle of a chronic illness unless they experience the pain themselves.
If you’re a young person with arthritis and you’ve experienced one of the following, or similar, you are definitely not alone:

• Hiding the real impact your condition has on your life to fit in or avoid causing worry
• Concern that opening up about your arthritis might make others see you as incapable
• Not feeling like others really understand or care when you’re struggling
• Fear that talking about your condition will make you come across as boring or annoying
• Worry that you might not be believed because you don’t ‘look’ ill.
Luckily, Arthur’s Place has joined forces with two clinical psychologists, plus a couple of amazing young people with arthritis, to share how it feels to be worried about talking openly and to give you some top tips on how to express yourself without fear.

Keeping it off the radar
Talking about arthritis can feel so difficult that many young people find that, even years after being diagnosed, very few people have any awareness of their condition.
“I am nervous people might not actually understand,” says Anna, who found it nerve-wracking to tell her colleagues at work about her condition and how some tasks could be difficult for her. “Or that they may react negatively, like brushing it off as though it is something I can put up with, because it’s not visible to them.”
These worries in adult life can start in earlier years. Talking about your arthritis at school or college can be very hard, especially for boys, who are constantly bombarded with the pressure to be ‘tough’.
22-year-old Felix looked back on his experience of dealing with arthritis at secondary school: “To be honest, I don’t think I can really remember ever talking to any of my friends about how I actually felt about my arthritis, or anything about my feelings at all, really. And I’m pretty certain that’s to do with toxic masculinity and not feeling as though I had anyone that I could or should be able to comfortably talk to about my arthritis.”

Do it for yourself
Keeping your illness to yourself might seem easier sometimes, but in the long term it can be a real risk to your health. According to the National Institute of Mental Health (NIMH) it’s common for people with chronic illnesses like arthritis to develop depression and other psychiatric illnesses. It can also stop you from getting the support you need at work or university.
Don’t panic – you don’t have to introduce yourself with the suffix “and I have arthritis” every time you meet someone new. Not only would that be an unconventional start to a first date, it’s also still your condition and your choice to tell people about it.
Take it from chartered clinical psychologist Emily Taylor: “It’s important to do what’s right for you. Your health is your business, and nobody should feel obliged to share information about themselves that they don’t want to, unless it might have a significant impact on you or someone else.”
So, take your time finding the right moment. It might feel uncomfortable at first, so if you can it may be worth making sure you’re in a place and with a person that you do feel comfortable with. Having someone with you who already knows could also help put you at ease and add some normality to the situation.

Will they understand?
One of the most frustrating things about arthritis is how difficult it is to understand – even for those of us who have it!
It’s not just the condition itself, but how it affects us and makes us feel, and how it likes to throw us curveballs on a seemingly random basis. There’s no worse downer on a good pain day than when someone hits you with a “if you were so ill yesterday how come you can do this now?” Thanks for that helpful comment, but to be honest I have no idea either. Pain can vary on different days and it just happens. It’s not something that can be easily controlled.

Explaining how having arthritis (and everything that comes with it) makes you feel can be even harder.
“I felt as though I had no ‘right’ to be scared of needles,” says Felix, who started self-injecting his medication at age 13. “So, I let these injections become something I’d spend the entire week building up to and worrying about, feeling as though I couldn’t really express the fear or anything.”
A lot of people can probably empathise with Felix’s situation, but both he and Anna agree that having just one person in your life who you can express yourself to makes a massive difference. They don’t necessarily have to understand, they just have to be willing to listen.
So how do we find that blessed buddy?

Opening Up 101
Dr Claudia Herbert, Clinical Director at the Oxford Development Centre (so she really knows her stuff), suggests the good old-fashioned method of testing the water.
“Before talking about your own condition, try something like mentioning someone else who suffers from an illness and see how they react,” she advises.
Are they good listeners? Do they show compassion and empathy? Do they ask questions that show they care? If they’re ticking some of these boxes, then you may have found the Chosen One to talk to about your arthritis and how you’re feeling.
Try to keep it fairly simple at first. How are you feeling that day? Is there anything coming up, such as an important appointment, that’s been worrying you?
Dr Taylor suggests going into the conversation with an idea of what you need from the other person, whether that’s some practical help or just a listening ear.
“For example,” she says “you might hate having a fuss made. So, when you are having a flare up and are hobbling around you don’t need your friend to be making sorry faces at you but instead to just be considerate about what social activities they suggest.”
Expressing a practical need will not only be helpful for you (no more trampoline park suggestions!) but it also gives them a subtle instruction on how to react. Generally speaking, people are pretty socially awkward when it comes to this kind of topic. It’s part of the reason why they might blurt out something incredibly stupid, like “you’re just like my nan” or my personal favourite “wait, you still have that?”
These comments can be really hurtful, but it’s important to remember that they are not a reflection of you, and they usually aren’t personal. By expressing a practical need you’re helping them understand your condition and react in a constructive way.
It’ll also hopefully prevent concerned friends and relatives from trying to wrap you in bubble wrap.

Dealing with Responses
If your chosen confident asks more detailed questions, great! That’s a sign that they’re listening and interested.
But remember, you are under no obligation to share all the gory, joint fluid-y details of your condition. The questions might be coming from a place of care, but there is no harm in gently telling them that, although it’s nice that they’re interested, you aren’t comfortable talking about certain things.
On the flipside, if you get a negative or dismissive reaction it’s okay to feel hurt. The most important thing to remember is that it is not about you personally, and one person’s bad reaction does not mean that a) they don’t care about you at all or b) everyone else will react the same.
“Remember that most people are nice!” Dr Taylor reassures us. “Sometimes people need a bit of guidance as to what to say and do, but most people mean well, and it’s worth giving them a chance.”
So, take some time to nurse your wounds, but don’t give up. Remember that expressing yourself is a skill and it can take some practice. Once you’ve found one person to confide in, it’ll get easier to open up to others. And if someone does say something unbelievably stupid, you’ll have an ally to back you up, or at least to nod and say, “yeah that’s so true!” as you rant about it afterwards.
No one is invincible, and none of us are meant to be alone. You might be stuck with arthritis, but you don’t have to carry it by yourself.

Imagine if you could change how you feel...

Love in the time of Covid