How to build up your body confidence

Does the thought of showing your body make you want to hide? It's time to build your body confidence! Jenny Wood writes...

Your symptoms change daily; choosing clothes is a nightmare, and that’s before you think about stripping off in the gym or bedroom. So, is there a way to feel good about your body when you have arthritis, without swapping it for a new one?

When Kate Wells was younger, her goal was to wear a short skirt. For many people, the biggest obstacle they face when deciding what to wear is an overflowing washing basket. But when you’ve got arthritis, like Kate, it’s a lot more complicated. Now 28, she’s suffered from juvenile idiopathic arthritis (JIA) since the age of eleven, and her knee joints were so swollen and disfigured growing up that miniskirts were something she could only dream about.

“I longed to dress like everyone else, but every time I wore something short, my knees looked bulbous and stuck out. The steroids I was on also made me put on weight,” she explains. “So, for a long time I stuck to long skirts and shapeless trousers. Flares and bootcut jeans were in, but they wouldn’t fit over my huge knees. It made me so upset and alienated.”

With symptoms ranging from rashes to painful swollen joints; and medication side-effects such as weight gain and hair loss, arthritis can zap more than your energy and patience. It can also totally destroy your body confidence. Disliking – or even hating – the way you look; being angry or upset that you can’t dress however you choose; and being embarrassed about showing off your body in the beach or in the bedroom are all problems sufferers face every day.

So, how do you deal with issues like these? And is there a way to accept and even love your body when you have arthritis?

Set your own style

When it comes to fashion, Kate found the secret to feeling happy about herself lay in thinking outside the box. “I remember when I was about 14, PVC trousers were ‘in’ – God knows why now – and I bought some to wear on my birthday. But my knees swelled up so much that mum had to cut me out of them. We sat down and had a long chat about what I could wear instead, like Lycra leggings or tights. I started choosing things that suited me, not what was in fashion. I got really into vintage clothing in my early twenties – the skirt lengths are longer and there are some amazing pieces out there. I found my niche.”

Kate’s tactic is a good one, says life coach and author, Jessica Chivers. “It’s hard, but try to turn your symptoms to your advantage, using them to develop your own unique style,” she advises. “Think about what you most like wearing and feel good in, then make it your trademark. Whether that’s dramatic full skirts; bright trainers; outrageous tights; statement jewellery – only you need know they may be hiding a rash or a swelling.”

You don’t have to stop there. “If you’re embarrassed about one part of your body, draw attention to another, symptom-free bit you do feel confident about,” she suggests. “So, if you’ve got amazing long hair, dye it or add accessories to draw people’s attention upwards.”

And, cheesy as it sounds, even though it may be the last thing you feel like doing, try smiling: “Not only is a smile the ultimate distraction – people spot it first – but studies show that even if you’re faking it, pasting one on can make you feel happier,” says Jessica. Perhaps more people should be confident in their smiles.

Kate also found it helped having someone sympathetic to talk to. “With me, it was my mum, but it could be an aunt or close friend. What matters most is that they’ll honestly tell you what does and doesn’t work, rather than just saying, ‘Yeah you look fine,’ when you obviously don’t.”

Jessica also recommends shopping with a friend who’s willing to focus on you, rather than going off and trying things on themselves. And if you’d rather stick pins in your eyes than hit TopShop, suggest something else entirely. “Don’t focus on what you can’t do – focus on what you can and like doing instead, by becoming the unofficial social secretary of your group,” she says. “Most people will be more than happy to go along with your ideas if you take the lead and suggest stuff to do. Your friends will just be grateful someone else has done the organising for them.”

So, you’ve found something that suits you and masks your symptoms – but what happens when those clothes come off? Getting undressed at the gym, the beach, or even with a new partner is nerve-wracking enough for anyone but throw arthritis into the mix and it’s a wonder any of us ever flash more than a bare ankle at all.

It is possible, says Jessica – you just need to take the lead. “The biggest upsets happen when others don’t understand. They either say something wrong, or they say nothing, because they don’t want to accidentally insult you. It’s like when people dither about giving up a seat on the train for a woman who looks pregnant but who might just be overweight – not knowing the facts makes things much worse. So, be open about your symptoms and worries. Talk about what you can do as well as what you can’t. Tell others what you need, and they’ll feel more at ease, which in turn, will make you feel more comfortable.”

And when it comes to getting naked in the bedroom? “Show your partner anything you’re worried about way beforehand,” advises Jessica. “Doing it in a non-sexual situation, for instance over a cup of tea in the kitchen, will take the pressure off. Then, when you do get intimate, you’ll both feel far more relaxed. And if you can’t talk about personal stuff like this with your partner, then you definitely shouldn’t let them into your pants.”

It’s good advice, says Kate: “At school, kids covered their knees when they saw me, as they thought arthritis was catching. They didn’t understand. But everything changed when I went to college and then university. The other students were far more accepting, as at that age everyone else was battling with their own issues – their sexuality or their weight or just trying to work out who they were. People were interested in my ‘flaw’ and even thought it was cool.”

In fact, Kate met Paul, who’s now her husband, at college. “He’d had allergy problems and ME as a child, so he understood what it was like to be an outsider, and we could talk openly about everything,” she says. “Now, when I’m in so much pain at night I’m going crazy because I can’t sleep, Paul knows exactly how to calm me down. I’ve always said that with arthritis, it’s about quality not quantity. You may not have loads of relationships, but you will have some really strong ones. You’ll develop close bonds with people you can really talk to.”

Sometimes though, no matter how much support you have, a rude or hurtful comment can seem like the end of the world. “I was called ‘tree trunk legs’ and ‘Herman Munster and bullied about my size,'” remembers Kate. “I had some great friends who stuck up for me, but sometimes it just destroyed me.”

Tempting though it may be to answer back, Jessica urges using a different tactic. “Don’t slag the bullies off – instead, pity them. Obviously their lives aren’t as rich as yours, or they have some kind of deep insecurity. You can’t control other people, but you can control your reaction.”

If you’re still finding it hard and negative comments are zapping your confidence or triggering your Body insecurity, Jessica also recommends keeping what psychologists call a ‘reflective journal’. “Every night, write down three things that have gone well that day; whether that’s to do with friendships, something that made you laugh, or something you’ve achieved, no matter how small,” she explains. “It’ll help you put things into perspective, and help you focus on all the good things rather than the one thing someone said that was unkind. Research has found that doing this for even just a couple of weeks can have a positive impact on your life several months later.”

Spin it to win it

Kate believes putting a positive spin on your condition like this can completely change the way you view both your body and your life in general. “When I went to university, I wanted to go out and get drunk like everyone else,” she remembers. “I wasn’t supposed to have alcohol on my medication, and I ended up with liver poisoning. So, stupidly, I decided to stop taking my medication altogether. Six months later, I developed septic arthritis and a friend had to carry me out of bed and into an ambulance.”

It was the wake-up call she says she needed. “I realised I had to adapt,” she explains, “I drank tonic water with lime, or energy drinks which gave me the same high without the side effects. I also met a brilliant Muslim girl who didn’t drink for religious reasons. We’d be sober on nights out together and shared some incredible times while everyone else was wasted. She’s still one of my closest friends today. I wouldn’t know her if it wasn’t for my arthritis.”

Kate now works for Arthritis Research UK and believes that as well as her job, she actually has her condition to thank for most of the things she values. “I don’t know where or who I’d be today if I didn’t have arthritis. I might not have such amazing, true friends, or such a brilliant husband. No-one would ever want to have arthritis, but I believe there’s always a reason why. You just need to find yours.”

How to build up your body confidence was last modified: June 15th, 2021 by Arthur's Place
EXPERTSSELF ESTEEM 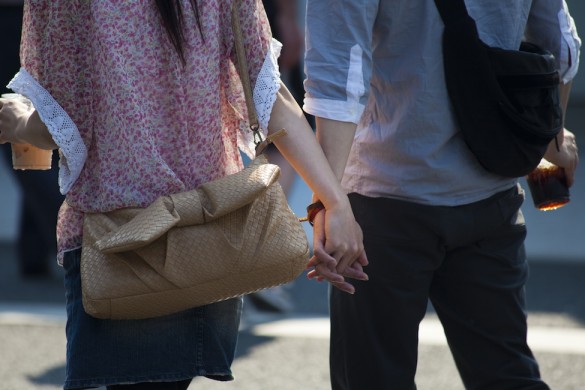 When to tell your date you have arthritis 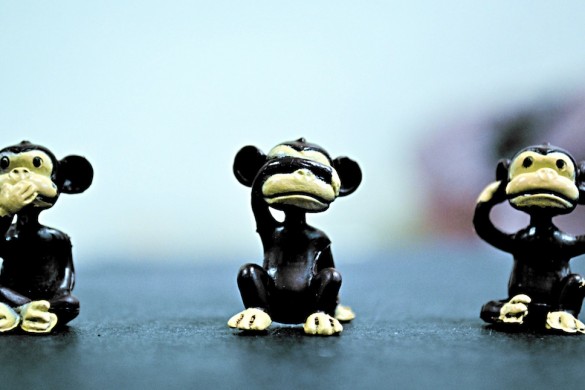 How to handle the crazy things that people say