“I started self-injecting when I was 11” 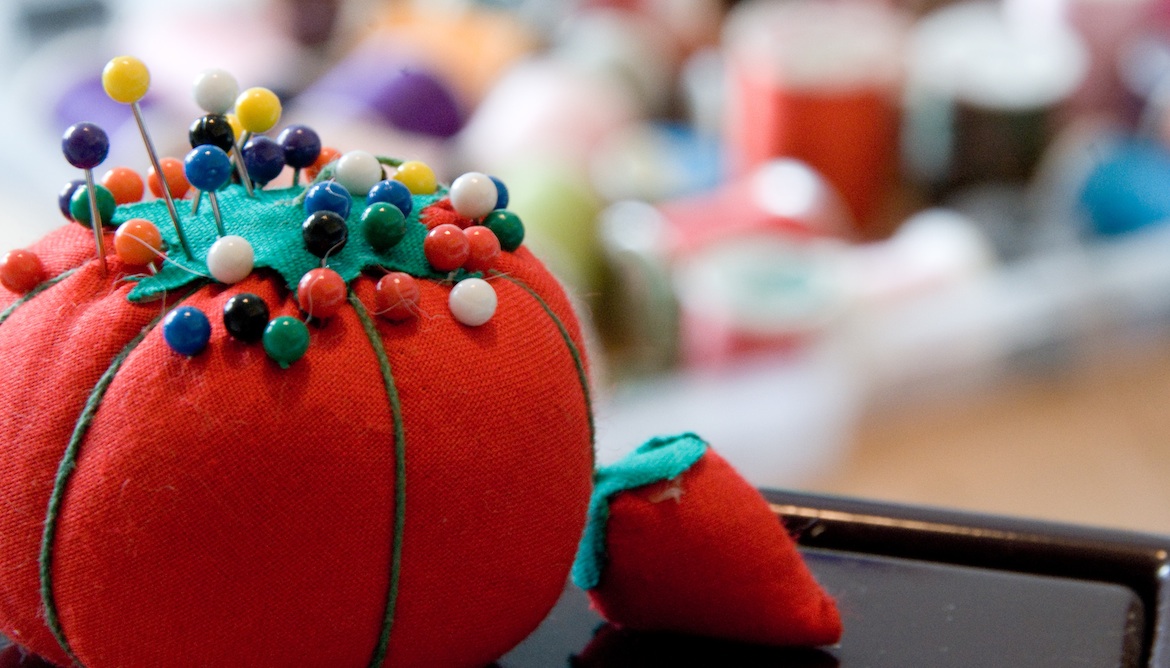 Collette has had thousands of injections over the years and has the thigh dents to prove it!

If it were a choice between an injection or a tablet, I think we all know what we would go for. You may be surprised to hear that I would always choose the injection. I’ve had a fear of tablets since around the age of six, when each week I would get that sicky feeling that only came before medicine time. I had, however, always been completely fine with needles.

When I had to go into hospital every week for a transfusion or a blood test it was always the thought of taking off the plaster that covered the numbing cream on my hand that frightened me most, not the cannula that they were going to put in my hand for hours at a time.

When I found out I could have my horrible tablets by injection instead, I leapt at the chance. Each week the outreach nurse would come to the house – the sight of her in mask and gloves leaving me only a little disconcerted – with her sharps bin and scary looking box of Methotrexate.

I first started ‘self-injecting’ when I was 11-years-old. I was put on growth hormone, because all the arthritis and drugs had made me teeny tiny. One thing I have realised over the years is that self-injecting is, ironically, really not an activity for people with arthritis – or at least arthritis in their hands.

The reason I say ‘self-injecting’ was because it was actually my mum who did all the action – I just had to squeeze a squishy part of my body and press the green button on the side, while she was responsible for pressing the dial at the top of the pen to actually give me the medicine.

When I first started doing this the nurse let me practice using the pen on a small cuddly penguin which, looking back, makes me feel a bit sad. Eleven-year-old me could not wait to stab the thing!

I used to have these injections every day. Along with the Methotrexate, that took the weekly total for injections up to eight. When I started taking Enbrel (Etancercept) a few years later, I was having 10 injections a week.

When I started my growth hormone it was the first time I really felt in charge of my own care. Mum and me would remind each other about what injections I had to have that day – though it was probably her remembering more than me. We had all sorts of fun and games. Once we injected a little too far the inside of my leg and I got an amazing multi-coloured bruise from the top of my thigh to my knee. It was truly spectacular.

It’s virtually impossible to embarrass me now, because if I ever went on an overnight stay with school, I had to take my injection. Once a teacher has seen your pants, the embarrassment threshold gets pretty low.

I could never bring myself to inject with a syringe, so my mum always had to do the Etanercept injections. It was partly worry that I wouldn’t be strong enough to do it and that I would get the needle in my leg and then not be able to press the syringe to put the medicine in.

But last year, I had to start Etanercept again – and I don’t live with my mum any more. I asked for the pens, but there was something lost in translation which meant the first eight weeks were syringes so I really had to be brave.

After years of injecting in my thighs had left nice dents (never let a child choose an injection site, because they will insist on using the same one for the next five years) I decided to try something new. I was also carrying a little extra weight at the time, so I injected into my tummy – syringe and all – for eight weeks.

Then I went back to pens, and back to the thighs, but if you have a system that works there’s no harm in sticking to it. Also, I’m a bit scared and don’t like change.

Aimee’s story: “They thought I was a clumsy...